Yesterday, Tuesday 16th October saw the much anticipated release of VMware’s vSphere 6.7 Update 1, however, shortly after the announcement a number of Veeam users decried the release due to compatibility issues with Veeam’s Backup & Replication suite. None other than Veeam’s Anton Gostev first announced the issue with the below tweet:

Looks like vSphere 6.7 Update 1 completely breaks backups, so please avoid updating until further notice. I must say I really miss those times when we didn’t even have to test vSphere updates, and literally supported them by default because they never broke anything – for years!

The very next day the Veeam team announced a workaround in the form of Veeam KB2784, as well as ‘out-of-the-box’ support being included with highly awaited (and much delayed) next release, Update 4.

vSphere 6.7 U1 compatibility issue has been researched, and the simple workaround is now available for use in test labs. Official out-of-the-box support for vSphere 6.7 U1 will be included in Update 4. See this Veeam forums topic for more details > https://t.co/BNgMNWDOmS

Where the fault lies with such release/compatibility issues is not the goal of this post (which Twitter seems to be more focused on). However, with a high number of pros likely raising internal changes to upgrade their vCenter(s) and ESXi hosts, you’ll want to implement the Veeam workaround in-line with this upgrade, as well as a number of solid backup/restore tests. 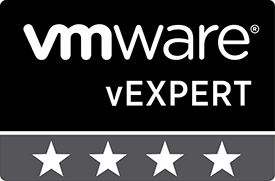